Home  >  Blog  >  Whose Temple Are You Building

Whose Temple Are You Building 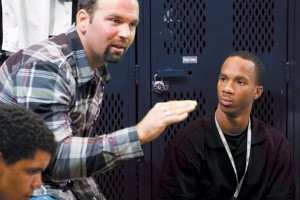 Sitting there, I remembered hearing Willie Franklin preach when I was 17 years old. Willie use to play for the Baltimore Colts and then became a renowned minister and excellent preacher. Something struck me that day. Here was a guy who was making a vast impact after his football career was over. He traveled around and influenced young people for God. That was huge for me. It ignited a desire to give back, a desire to always keep my focus on Christ and make an impact for his kingdom.

But along the way I was hijacked by fame and status. It reminded me of King Solomon. I wanted to be a Christian icon and I was building a temple to that. What’s interesting, Solomon was caught up in much the same trap. He spent twice as many years building his house than he did building the temple.

And that’s what I realized too. His focus was on his house, not God’s. My focus was on fame, not on pleasing God.

I found people flocking to me, saying that I was so important and so talented. I was doing things solely for my own acclaim. I wanted money and a position in the city. It sounds crazy, but I’m telling you the truth. Becoming a Christian icon like Tony Dungy became a goal for me. And, ironically, it wasn’t about God. It was about me.

These are platforms God gives us.

I was committing the same sin as King Solomon. I was metaphorically devoting twice as much time and energy to building our temples, while God was left with our leftovers.

The point: success without God’s presence is not an option.