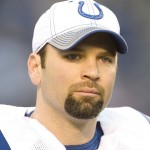 HUNTER SMITH is a unique blend of performing artist and professional athlete. He’s a committed Christian, twelve-year NFL veteran, Super Bowl champion, public speaker, worship leader, pastor, Billboard top 20 Christian AC singer/songwriter of The Hunter Smith Band, renowned storyteller, and most recently author of The Jersey Effect, a book designed to teach important life lessons to athletes, coaches, and parents about how to keep sports in proper perspective. He was a multisport standout from Sherman High School and two-time Texas All State selection in football. Coming out of high school he was highly recruited and chose the University of Notre Dame, where he played multiple positions for head coach Lou Holtz. Hunter punted every game of his four-year career and graduated in 1999 with a degree in theology and sociology. Hunter was drafted by and played for the Indianapolis Colts for ten seasons, during which he received many honors, including being named to the NFL All-Rookie Team and three-time alternate to the Pro Bowl. The Colts franchise recorded the most wins of any team in NFL history over the span of a decade under the leadership of Tony Dungy, Hunter’s greatest sports role model, including winning Super Bowl XLI to cap off the 2006 season. Hunter signed as a free agent with the Washington Redskins in 2009, where he played for two seasons. During his tenure with Washington, he rushed for a touchdown against the New York Giants and passed for a 35-yard touchdown against the Denver Broncos, becoming the only special teams player in NFL history to both run and pass for a touchdown in the same season. He officially retired from professional football in 2011. Hunter serves as director of the Sports and Culture Initiative at the Sagamore Institute, a national think tank based in Indianapolis. Hunter captivates audiences with a powerful message that is full of humbling and humorous experiences. He is enthusiastic about exposing people to God’s truth and the world’s lies. Hunter has carried his message on national and international stages through his gift s of speaking and singing. Hunter is a professional songwriter and guitarist and is the lead singer for The Hunter Smith Band, which has a new album due out soon. He and his wife, Jennifer, reside in Zionsville, Indiana, with their three children Josiah, Samuel, and Lydia. 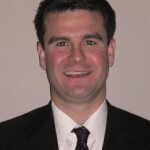 DARRIN GRAY has a unique window into the National Football League by virtue of his day-to-day involvement with All Pro Dad, Family First’s national fatherhood program cofounded by Tony Dungy and Clyde Christensen. Darrin interacts with NFL athletes, coaches, and alumni that serve as spokesmen for All Pro Dad, and he has conducted programming with over half of the NFL franchises. He develops innovative partnership strategies to reach families via special events, broadcast, and new media with the assistance of media partners and corporate sponsors. He conceptualized The Jersey Effect years ago when he wondered what motivated some athletes like Tony Dungy to use their professional platform in sports, their jersey, to make a positive impact both on and off the field. A few years later he invited NFL punter Hunter Smith, while he was still playing in the NFL, to coauthor the book and to help him explore the many ways that sports shape culture, with the help of his world champion teammates and coaches. Darrin began his journey with teams in the mid ’90s when he worked with all of the notable professional and amateur sports organizations on behalf of the Indianapolis Star, where he worked from 1992 to 2004. As general sales manager he directed a large staff responsible for $40,000,000 in annual revenue across multiple divisions: national advertising, sports marketing, and events marketing. In 2004 he became CEO of Brandirect, a corporate brand and communications consultancy that served many notable sports organizations, including the Indianapolis Colts. He serves on several not-for-profit boards: National Association of Christian Athletes, Greater Indianapolis Chamber of Commerce, and Central Indiana Better Business Bureau. He is a passionate public speaker that enjoys inspiring audiences to reach their ultimate potential on topics that include strategic sports philanthropy, faith, family, and fatherhood. Darrin graduated with honors in 1989 with a degree in theology from Hanover College. He volunteers as chaplain for the Home School Lions High School and Middle School football teams. He and his wife of seventeen years, Leslie, reside in Fishers, Indiana, and have three children. 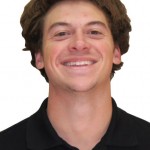 STEPHEN COPELAND is an up-and-coming staff writer and columnist at Sports Spectrum magazine, a national Christian sports publication that has been around for twenty-six years. He graduated from Grace College, where he served as sports information director with his best friend, Josh Neuhart, and worked under his mentor, Chad Briscoe. Stephen played four years of varsity golf at Grace and graduated with a degree in journalism and Bible. He is from Plainfield, Indiana, and is the son of Kim and Mark Copeland; he now resides in North Carolina. 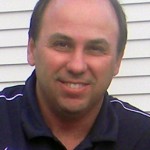 KEN TURNER has been in full-time youth ministry for twenty-six years and has devoted his life to impacting youth and families, having served as a youth pastor in Nashville, Tennessee; South Bend, Indiana; and Indianapolis, Indiana. Ken is the author of High Impact Teen, a one year spiritual guidebook used by thousands of teenagers in the United States and overseas. In 2008 Ken formed an outreach ministry to reach troubled youth, raised financial support, and went into the inner city and correctional facilities of Indianapolis to reach teens that no one else could. Through this ministry hundreds of youth have come to Christ. Ken lives in the mountains of Tennessee with his wife, Jennifer, and their three children, Bethany, Jillian, and Brett.